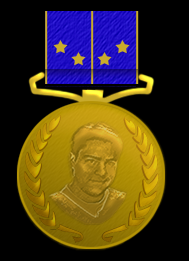 The Simming Prize Awarded to Thomas

Real Name: Thomas Age: 29 Location: Alabama, US of A 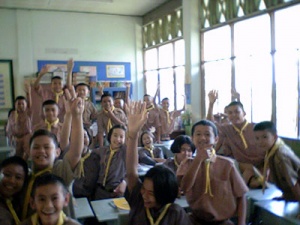 One of My English Classes

Outside of UCIP I just recently moved to Alabama to finish school in 2009. I've done some writings, won a few awards- nothing special though. Not yet at least! I live with my dog (Bones) whom I rescued from an Alabama animal shelter. I'm half Thai- and spend some of my summers in Thailand. A lot of that time I spend helping to teach English in a rural Thai school, something I really enjoy since most of the kids are rural farm children who tend to be very poor and don't have the opportunities the children in larger cities do. So I go there, talk to them, help them with pronunciations and translate (since I am fluent in Thai). I also can cook Thai food pretty well ;) I also used to help run a Thai restaurant back when I lived in NC. So I do love my Thai heritage.

In UCIP I have been a longtime simmer (since 2001) I joined when I was in high school and I have been in it, save for a two year break, ever since. I have commanded three ships: the USS Warrior A, RIS Aylhr, and now USS Charon. The RIS Aylhr was my first command in UCIP. It was a Romulan email sim which I revived in 2003 after it had fallen away. I commanded the Aylhr through to 2005 and we won a Bergen (best sim in UCIP) award during my tenure as her CO. My second command was the USS Warrior which I ran between 2004-2006ish. We also won a Bergen. However, I believe the Charon is the best sim I've had the opportunity to command so far. The writers here are just incredible! (Update: and we won a bergen this past December!)

I took a hiatus from simming to concentrate on my school work in 2011- this is also the time when Charon ended. Which is why you will see that this website will not only act as a library for the crazy horse but a perpetual archive for the USS Charon. 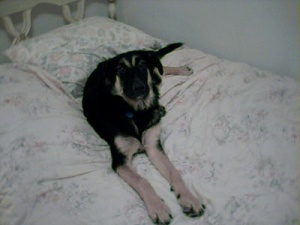