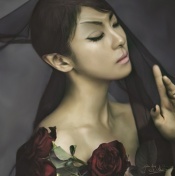 It has been fifteen years since the Romulan x Klingon conflict. Under the current regime, stability has returned to the Star Empire for the past decade. Yet beneath the shadows of Empire, internal forces seeking power are slowly brooding, hoping to erode the political dominance of the vast AAnikh coalition. Further from home the suspicious death of a powerful Senator on the planet of Eternity adds to the concern within the great political bodies. How long will these forces remain in the shadows and when will they act?

Meanwhile, a young scion of the AAnikh clan secretly returns to Romulus to further his power abroad. Unbeknownst to him, his arrival has set off a chain of events that will leave the Empire changed forever.